Congratulations to Colin Power who is now a World Champion having competed in the WDFPF single lift squat event in the world championships 2016.

Congratulations were being extended to the softly spoken duty manager and moderately sized giant of a man Colin Power who had just won an Irish Powerlifting title. Wow! I thought that’s impressive. On further investigation I discovered he had actually won two Irish titles in his weight category; the Squat where 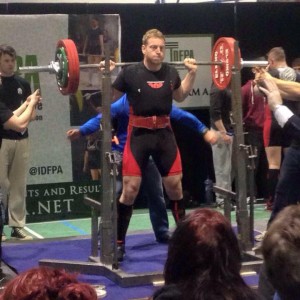 he lifted 215kg, that’s nearly 34 stone in old money and the bench press (170kg 27 stone). I enquired further. Despite having only taking up the sport in recent years Colin has not only picked up a number of national titles and podiums, he is also a European Champion and was part of the Irish team awarded best team at the 2015 World Single Lift Championships in the UK last year. Colin’s individual second and third place at those championships were vital in securing the teams overall award.

A remarkable achievement in such a short time, and one that has required a lot of dedication from Colin.  He trains at least two hours a day five days a week. Added to that, Colin somehow still finds time to tog out for Davidstown/Courtnacuddy GAA club. He won the Junior A hurling final with them last season. It was actually while rehabilitating a serious injury he received on the GAA pitch that saw him take up weightlifting to help with his recovery.

Another thing about the Waterfront post that caught my attention was that Colin competes in events organised and sanctioned by the Irish Drug Free Powerlifting Association (IDFPA). Not to be mistaken for Weightlifting, Powerlifting involves three different types of lift. The Squat, which I think requires the athlete to bend the knees while holding a huge weight on their shoulders and then try to stand up straight again. The Bench Press involves lifting similar weights while lying on your back and the Deadlift where the lifter picks up an even bigger weight off the ground and holds it just above knee height for a set amount of time.  Mercifully there are no extra marks for actually expiring during this one. Powerlifting is split into two categories; Equipped, where you are allowed to use various belts and straps to prevent you from bursting under the strain and Unequipped where no braces or straps are allowed, but the danger of leaving an awful mess after you is increased. 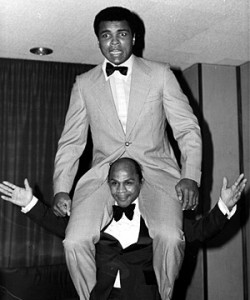 Weightlifting is different. Different lifts are involved (the Snatch and the Cling and Jerk being the most well known).  Weightlifting is also an Olympic sport. I must confess I know very little about either.  I do remember in the 1970s the remarkable four foot eleven South African who competed for England and later New Zealand. Precious McKenzie was a household name and the nearest thing to a superstar in both codes. Precious won many Power and Weightlifting titles. I remember him more for his children’s television appearances where he would regularly hoist alarmed presenters over his head. He may even have picked up a baby elephant one time, though I couldn’t be sure of that.

Powerlifting is not to be confused with Strongman either, or Bodybuilding for that matter. Occasionally when people hear I do Ironman (different again) they ask “do you pull trucks?” If it’s near a race, I am weighing in as a 10 and a half stone weakling who can barely open a jar of pickles. “No sorry you are probably mixing what I do up with strongman”. As far as I can recall and my memory may be mistaken “Strongman” is an entirely made for television sport that exploded on to our screens in the late 70s. It was populated by enormous and somewhat unfit former shot-putters, the occasional American footballer but was usually dominated by Icelandic Vikings. These giants of modern man mucked around with large boulders, trunks of freshly felled redwoods and pillars belonging to some bloke called Hercules. But mainly they pulled trucks. I don’t pull trucks and Colin claims never to have done so either. Bet he could if he wanted to though. 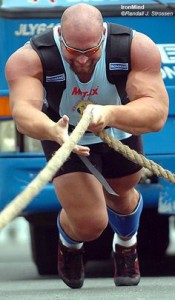 No longer do we tune-in in our millions to the prime time Sunday slot the BBC reserved for Strongman, but it’s still out there being recorded in some exotic location and can be found well down the TV listings around Christmas time. As a kid it was great viewing, but even to my innocent young mind there was also something unbelievable about it. Something didn’t sit right.

Powerlifting is a growing sport here in Ireland and apparently the IDFPA boasts the highest percentage of female members and participants when compared to their international counterparts. It is not yet an Olympic sport. It’s something I believe they are actively working towards. Unfortunately like a few other sports in this country, unless you are on the Olympic schedule, or come under the umbrella of one of the big federations there is no government funding available to the top competitors.

Colin has to fund his own travel to tournaments and remarkably members of the IDFPA have to pay for their own drug testing.  Everyone at some point is tested and tested regularly. From my own experience and understanding of sport in Ireland, seldom are non carded athletes tested in any sport. What the IDFPA are doing is exceptional. The name is not simply an aspiration. There are other Powerlifting/Weightlifting associations in Ireland. A quick search through their various websites and the internet in general highlights a very different acknowledgement of the need to tackle the problem of drugs in sport between the federations.

We all knew in the seventies and eighties that there was state sponsored cheating in sport.  We all knew that behind the Iron Curtain athletes were created in labs, not on the field of play.  Rocky IV proved this of course. They were a convenient enemy, good versus evil. Occasionally the federations would throw a doped up Bulgarian weightlifter, or East German sprinter to the press to suggest they were on top of things. Very occasionally one of our own was outed as a drugs cheat – usually accidently. But they were always just the one bad apple.  Recent revelations of course have shown just how nonsensical this was. Greed, money, power, celebrity and vanity, were, and still are equally responsible (if not more so) for the cancer of drugs in sport than beating the USA in an Olympic medal table ever was. It has been widely suggested that the real shock of Ben Johnson’s positive drug test after winning the 100m in Seoul, was that the result ever got into the hands of the media. Much like Armstrong in cycling years later they were too important to the business of sport to be exposed as cheats. Cycling, Athletics, Tennis, American football, Soccer have all aired their not inconsiderable dirty laundry in public recently and it still stinks. There is talk of the Kenyans and Russians being banned from this summers Olympics. The Kenyans, with hundreds of their athletes making Olympic qualifying times, it’s obviously all down to good genes, their extraordinary physiology, running everywhere since childhood, being trained by priests. Sure they don’t need drugs; why would you waste money testing them?  It seems their federation never did. The fall of the Iron Curtain hasn’t changed much either. The Bulgarian weightlifting team has just been banned from the 2016 Olympic Games. Eleven of their athletes tested positive at a recent training camp. Again in weightlifting, at the last World Championships there were 24 reported positive doping violations – 10% of all samples taken!

I have to commend the IDFPA for the stance they take.  It would be nice to see other sports bodies nail their colours to the drug free mast too and even amend their names to reflect this. It would also be nice to see the IDFPA get more recognition for their efforts in promoting honest competition. It’s no surprise to me that being the modest and quiet man Colin is; he would choose to associate himself with the IDFPA above any of the other lifting associations. Similar to myself I suspect he does his sport simply for the enjoyment and friendly competition. He does it well. Unlike me who has occasionally worn the T-Shirt, you would never know of Colin’s sporting achievements. But that’s no reason that they shouldn’t be acknowledged.

It’s great to be able to head down to The Waterfront to train and know that such knowledgeable, experienced and accomplished staff are there to advise and keep and eye on us while we work out or swim. No doubt they will stop us from pushing things a bit too far and hopefully prevent any bursting under the strain. 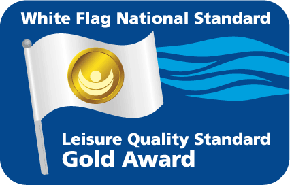 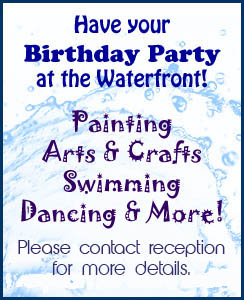 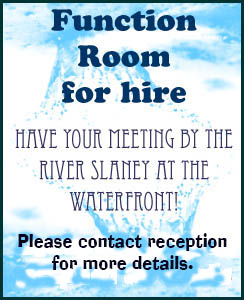